by In The Nursery 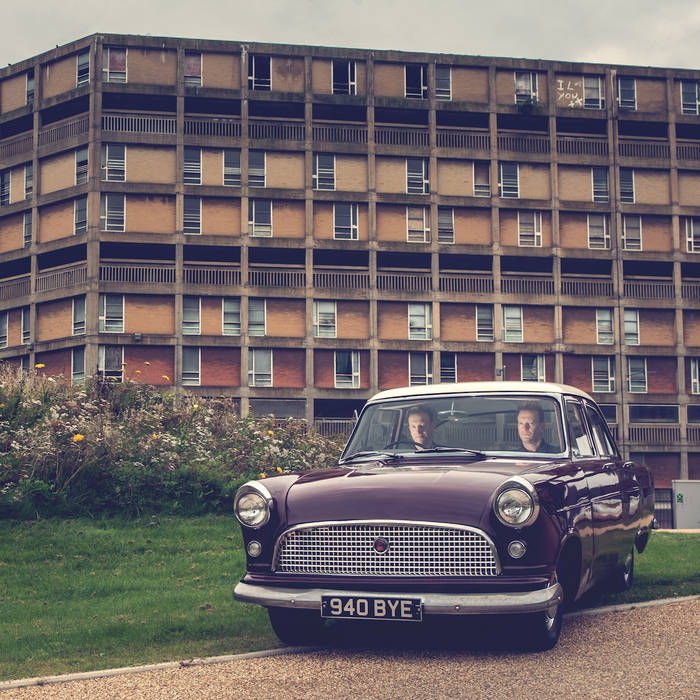 peter bennett Harks back to the early days of ITN in the overall feel of the album. Love it.

:Svartaheim: Seriously, this is one of the top 3 best ITN albums, in my opinion. Every song is a different travel, awakening waves of emotions.

Carine Durant I love ITN and all their music. They are my absolute favorite band.

1961 is a special year.
Not only is it a rare strobogrammatic number (the next will be 6009) but it is also the birth year of the twin brothers Nigel & Klive Humberstone.
For their new studio album, In The Nursery have taken inspiration from the historic, literary and personal connections of 1961.

UNTIL BEFORE AFTER
The resilience of memory.

TORSCHLUSSPANIK
This track musically depicts the construction of the Berlin Wall begins, restricting movement between East Berlin and West Berlin and forming a clear boundary between West Germany and East Germany, Western Europe and Eastern Europe.
Torschlusspanik is a combination of three German words - literally translating to "gate-shut-panic".

CONSUL
Is built around the binaural and electromagnetic recordings of a 1961 Ford Consul. When idling, the engine resonates at the frequency 65 Hz - the note of C.

GRAND CORRIDOR
The Canadian Red Cross Memorial Hospital in the grounds of Cliveden, Taplow, Buckinghamshire is where the twins were born in 1961.
Originally built in 1914 as a military hospital the facility became a civilian hospital and a centre for research into rheumatism in children. The hospital was closed in 1985 and lay derelict for more than two decades, becoming notorious, along with the 1/4 mile long Grand Corridor, as one of Britain's most haunted hospitals.

RETROFIRE
Celebrates the Soviet cosmonaut Yuri Gagarin becoming the first human in space, orbiting the Earth once in Vostok 1.
Gagarin described hearing a whistle and an ever-growing din as the rocket trembled all over, and tore itself off the launchpad.
"The noise was no louder than one would expect to hear in a jet plane, but it had a great range of musical tones and timbres that no composer could hope to score, and no musical instrument or human voice could ever reproduce." Yuri Gagarin

PACIFY
Pacify take it's anti-war sentiments and inspiration from the 1961 novel Catch-22, a powerful satire of military bureaucracy.

SOLARIS
This tracks takes inspiration from Solaris, the 1961 philosophical science fiction novel by renowned Polish novelist Stanislaw Lem.
The combination of a sentient ocean and incarnate memories forces the quest to truly understand the universe without first understanding what lies within.

PRISONER OF CONSCIENCE
Features a lament, written and performed in French by Dolores Marguerite C, that makes reference to Amnesty International which was founded in London in 1961, following the publication of the article "The Forgotten Prisoners" in The Observer by the lawyer Peter Benenson.

THE EARTH WAS BLUE
1961 was a monumental year for pioneering space travel and this track takes the perspective of Yuri Gagarin and Alan Shepard, each looking down at the earth.

Written, arranged, engineered, produced and mixed by In The Nursery
All instrumentation Klive & Nigel Humberstone except;

In The Nursery Sheffield, UK

In The Nursery is the Sheffield-based musical project centered around the nucleus of twin brothers Klive and Nigel Humberstone who have been producing music since 1981.
Their cinematic style blends electronics, classical arrangements, orchestral percussion and soundscapes evoking a timeless quality.
ITN’s music is licensed regularly for TV, film soundtracks and trailers. ... more

In The Nursery recommends:

Bandcamp Daily  your guide to the world of Bandcamp

Guests include Kassa Overall and Muriel Grossman, plus an LP of the week by Van Hunt.